Almost fifty years ago, a group of citizens interested in starting a public library in League City established the League City Public Library, which has evolved into the present full-service facility in the city's Civic Center complex. One member of that initial group was Helen Hall, who became a charter member of the Library Board in 1971 and actively served on that Board until her death in 1981. The League City Public Library was renamed in memory of Mrs. Hall in 1985.

Also in that year, a bond issue of $2.5 million was passed to dramatically enlarge the existing 7,000 square foot building and to completely automate all library functions. The addition of the two-story adult services wing and the renovation of the original building housing children's and audio-visual services was completed in early 1988. The entire library now encompasses over 29,000 square feet. 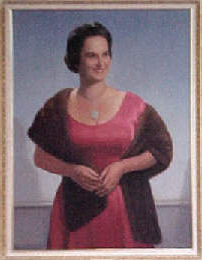 The automation procedures were completed in the spring of 1989, and the system features an on-line public access catalog containing data on all the collections in the library. In 1995 and again in 2002, the library's main computer was upgraded to a larger and faster one, allowing the library to add more features and services.

About the Library System

The Helen Hall Library is the largest and busiest member of the Galveston County Library System, with almost 24,000 patrons entering the library every month. The library is also a member of the Houston Area Library System. Extensive interlibrary loan services are available through these system memberships as are opportunities to apply for special grants and to attend staff development seminars.