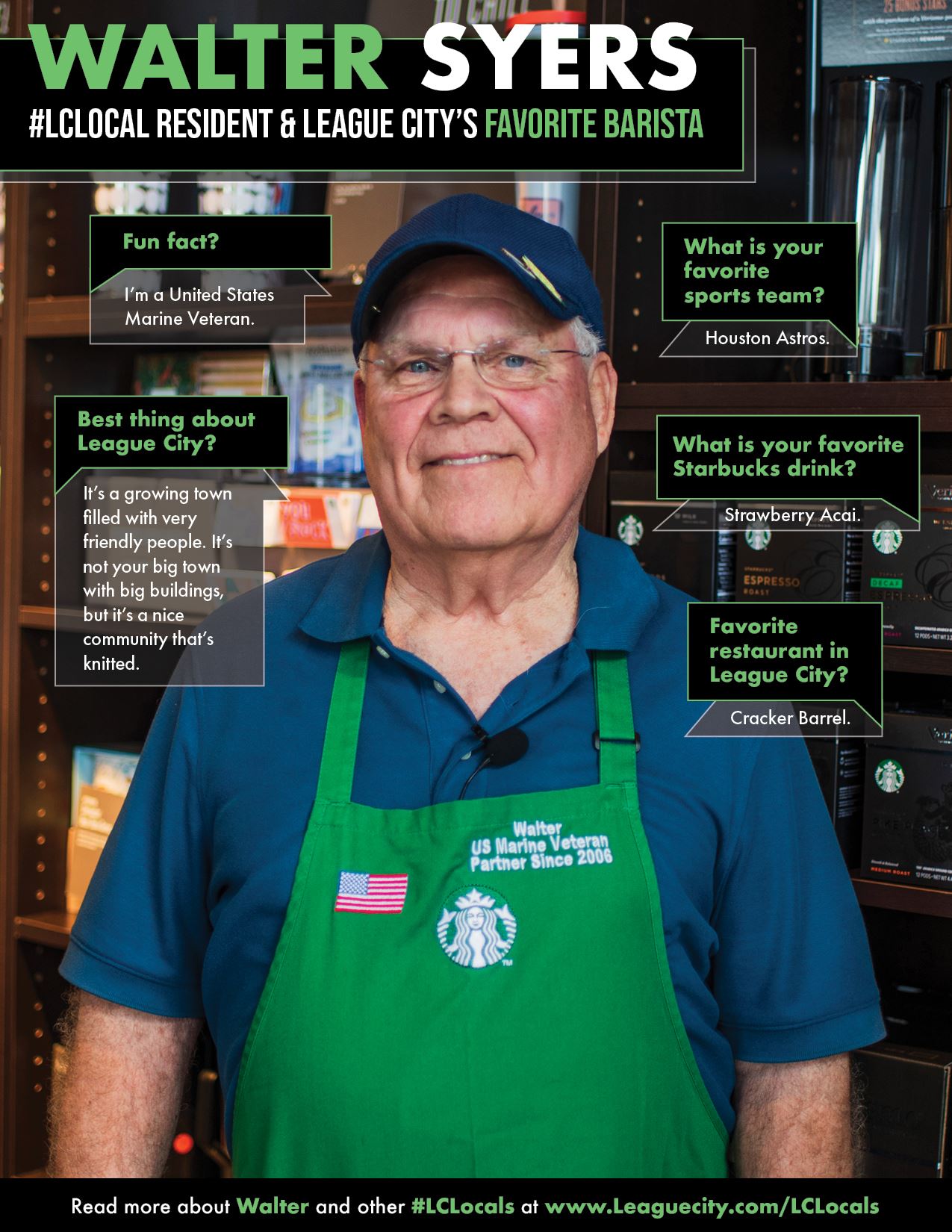 If you’ve ever stopped by the League City Starbucks on Main Street and Highway 3 for a cup of morning coffee, chances are you were greeted with a smile and a compliment from Walter Syers. The 73-year old barista can whip up a tasty latte in minutes, but it’s his warm personality and sweet disposition that keep people coming back day after day.

Syers, who is  a U.S. Marine veteran and former bank president, was looking for something to do when he retired that would keep him active and allow him to interact with all kinds of people. So, in 2006 he accepted a part-time job at Starbucks. Since day one he’s made it his mission to brighten the day of anyone he encounters.

“I like complimenting people and just being nice to them,” said Syers. “They may only stop in for a few minutes, but if I can make them smile and feel good, it’s worth it.”

From wishing customers a “blessed day” to giving out animal stickers to children in the backseat, Syer’s kind gestures and exceptional customer service recently became a hot topic on social media when the League City Communications Department produced a video on him.  Within a matter of days, the video reached over 68,000 views on Facebook. In addition, more than 500 people commented about their interactions with Syers at the drive-thru window and shared how his positive attitude has personally impacted them.

Syers says he is grateful and humbled by the appreciation. He says it’s simple: he loves the people of League City and he loves his job.